Over by Christmas – A Play in a Day to commemorate WW1 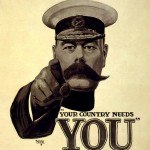 The play  transports young people back to the “War to end all wars”. It explores the historical facts around WW1 through the Trenches and especially the Great Truce on Christmas Day 1914, where German and British Soldiers put down their weapons and came together in a spirit of Good will, before returning to battle the very next day.

Join Scene Change Theatre  Actors for a Play in a Day Project that includes acting skills, focus exercises, discussion forums, and interactive workshops, culminating in a performance with movement, costume and song.

The Workshops takes the children through a journey in which they will experience:

Click on Booking information and Costing’s to get an idea of prices for the project.

For more information or to book, contact David Pollendine by mobile 07862728056, email: dpollendine@hotmail.com or fill out your details on the contact us page.

The Christmas Truce of 1914 was an initiative of the soldiers on both sides; it was a mark of human solidarity and fraternity against the political and military architects of World War I. The  Spirit of Christmas in December 1914 prevailed: “In the front lines, the fraternisation of Christmas Eve is continued throughout the day; not all units know about it, and it is not universal but is widespread over at least half of the British front. Many bodies that have been lying out in no man’s land are buried, some in joint burials. Many men record the strange and wonderful events; may men exchange tokens or addresses with German soldiers, many of whom speak English.  By Global Research Global Research, December 24, 2012 1914-1918.net.

Check out the whole article at http://www.globalresearch.ca/war-and-the-spirit-of-christmas-the-christmas-truce-of-1914/5316722

Wow! What a treat. We have learnt so much about history, RE, Literature and so much more…

“The pupils were completely captivated by the drama,”

I have never seen year 5 and 6 engaged all day!