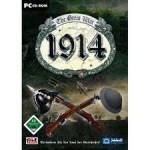 The  Scene Change Arts Team opened their new play “Over By Christmas” for 2014 commemorating the outbreak of WW1. Over two days 30th – 31st January over 100 children experienced some of the horrors of WW1 from conscription to the trenches. The children re-enacted not just the battles but the momentous event of December 25th 1914 which has come to be known as the Christmas Truce. The children playing the German and British soldiers stood up from the trenches and greeted one another in no mans-land. The day ends with a game of football before a whistle signalled the end of the game and a return to trench war-fare the very next day.  The play ends with German and British soldiers standing side by side to the accompaniment of the last post as a sign of remembrance for all who fell and to show the absurdity of war and the aimless self-destruction of humanity. All enjoyed the day, as one teacher commented: “The children have learnt more about WW1 in a day than they would have in a whole week of lessons.” Mr Hawkins, Dep Head of RG’s The Grange, Worcester. We will return to Worcester Cathedral for two days in May but our next venue will be at Gloucester Cathedral on 11th Feb.

What an incredible performance! I am amazed the children could learn so much about the Olympics in one day!

Not only did we learn lots of drama skills we also had history, R.E, Geography and PSHE.

The Torch project gives every child the opportunity to compete on a level playing field.